He has an interest in marine technology and maritime informatics, spatial analysis, autonomous systems, trajectory analytics, distributed computing and Big Data. His published scientific work includes more than 80 publications (scientific journals, books and conferences included), which have received more than 3900 citations to date. According to [1] he has is included in the top 2% of scientists internationally in the field of “Information Systems” for three consecutive years (2019, 2020, 2021), while according to Thomson Reuters, the paper “Addressing Cloud Computing Security Issues” is included in the top 0,1% percentile of publications internationally for 2010-2014 based on the citations it has received.

Throughout these years he has participated and led teams in numerous R&D projects funded by the EC and industry, with Horizon 2020 projects VesselAI, INFORE and BigDataOcean being the most recent ones. He was a member of the European Commission High-Level Expert Groups on Business-to-Government (B2G) data sharing and B2G data sharing for official statistics (B2G4S), and led the Task Force (Data Science/AIfor the Big Data Value Association (BDVA), the private counterpart to the EU Commission to implement the Big Data Value PPP program, for a number of years.

He is the National Representative to the Horizon Europe Programme Committee (PC) for “Cluster 4: Digital, Industry and Space”.

He is a member of the editorial board of Future Generation Computer Systems (FGCS) published by Elsevier and PC member for numerous conferences including CLOUDCOM, GECON, SerCO and others. Ηe is an IEEE Senior Member and a member of the IEEE Computer Society, IEEE Oceanic Engineering and the IEEE Intelligent Transportation Systems Societies and the Young Researchers Committee of the World Federation on Soft Computing. He is a fellow of the Hellenic Institute of Marine Technology.  His professional experience includes senior consulting and researcher positions in a number of private and public institutions. 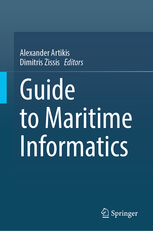