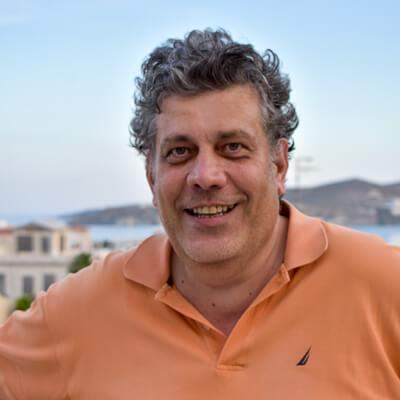 He holds a Diploma in Electrical Engineering from the Aristotle University of Thessaloniki, a Master’s Degree (DEA) “Cinema, Television, Audiovisuel” from the Universities Paris 1 and Paris 10, and a Ph.D. (Doctorat) in Sciences of Art from the University of Paris 10. For his studies in Paris, P. Kyriakoulakos received a 3-year Grant from Onassis Foundation.

He has extensive experience in Teaching and Digital Production activities both in Greece and France since 1987, including Expertise for the MEDIA Programme of the European Union (Development and Training Proposals Evaluations). He served as Adjunct Lecturer at the UFR d’Arts Plastiques et Sciences de l’Art of Paris 1 University - Pantheon/Sorbonne (1987-1992) and at the Department of Product and Systems Design Engineering (2000-2010). P. Kyriakoulakos received the Award of SCAM (societe civile des auteurs multimedia) in 1991 as Editor-in-Chief of the video-magazine La Vague, Arts en Video, published in Paris.

As Managing Director of Post Reality (1994-2006) and New Media Director for PLD Production (2006-2010), as well as a stockholder of Fantasia Audiovisual Ltd (1996-2012), he produced several audiovisual, computer animation and multimedia works, including the first Greek 30 min long computer animated TV special Alexandra Meets the Space Toons (2003) for the Public Broadcaster ERT, and launched the pilot version of the Video-on-Demand Platform Homeweb (2010).

Member of the Interactive Systems Design Laboratory of the Faculty since its foundation year 2000, Dr Kyriakoulakos participated in several Research Programmes, including the internationally awarded ARCHEOGUIDE (2000-2002) and HIST3D (2011-2015). His Research Interests include topics on the Creative Process in Computer Animation and Digital Media and on the impact of the Techniques on the Aesthetics of Animation and Interactive works. He is the Scientific Coordinator of the International Conference and Summer School on Extended Arts (XARTS) since 2013.

Dr Kyriakoulakos received the Grant of Excellence Research in Paris 2013 from the City of Paris to conduct research in ENSADLab, IRCAV-Paris 3 University, INHA and Inatheque in Paris, in the context of HIST3D Research framework. Dr Kyriakoulakos received the title of Chevalier des Palmes Academiques by the French Ministry of Education (2014) for his commitment to the French-Greek Cooperation in the Sectors of Education and Culture. 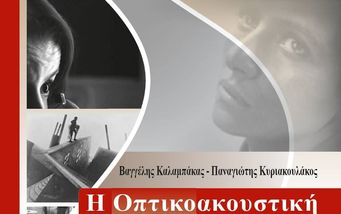 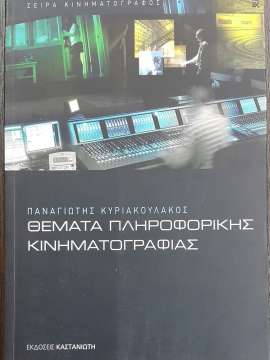