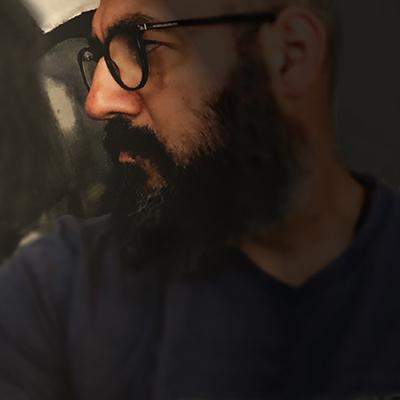 Dr. Ioannis Xenakis is a research fellow of the Interactive Systems Design Laboratory of the Department of Product and Systems Design Engineering (DPSD) - University of the Aegean, which specializes in Interactive Media fields including Human-Computer Interaction of Information Systems, in Complex Systems and in Audiovisual Arts.

Since 2007 he is a Lecturer under contract 407/1980. He teaches in Design Studios for Product and Interactive Systems in Undergraduate and Postgraduate Studies in the Department of Product and Systems Design Engineering (DPSD) - University of the Aegean. He has many years of working experience in the art & design industry while he is performing artistic work as a visual artist. He has two undergraduate degrees in Art & Design and has completed postgraduate (2007) and doctoral studies (2013) at the University of the Aegean in the scientific areas of cognitive psychology such as perception and emotions with application in design and aesthetics. He has published seven peer-reviewed scientific papers and one book chapter in edited scientific collections in the form of a book. He has co-edited one Special Issue in a peer-reviewed Q1 journal.

Five of his papers have been published in Q1 (highest value) journals in the areas of Philosophical and Theoretical Psychology, Design Theory, History and Philosophy of Science. One of his papers has been published in Q2 (second highest value) journal in the area of Philosophical and Theoretical Psychology. Seven of his papers have been published in journals with Impact Factor from 1.340 to 2.560. He has seven entries in peer-reviewed International Conferences. His Google Scholar metrics mention 137 Citations, with h-index 5, and i10-index 4 (Google Scholar May 2018). He has one paper nominated by The Design Research Society and Elsevier for the Design Studies Award and awarded for being Highly Cited Research according to Scopus. He has two papers which are still among the most cited papers according to Scopus. Three papers are among the most downloaded papers. One of his papers has reached 10.368 views, more views than 94% of all Frontiers publications articles and 1.248 downloads, more than 84% of all Frontiers publications.

More than 64 artworks are found in private and public collections in Greece, France, Cyprus and USA.