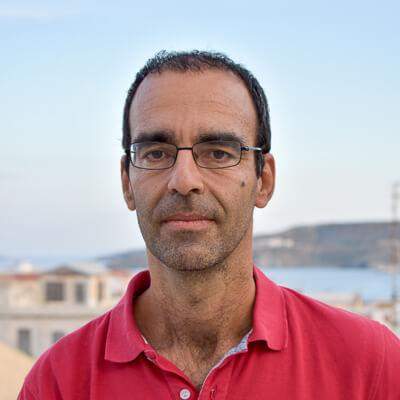 D. Gavalas is employed as Professor in the Department of Product and Systems Design Engineering in the University of the Aegean, Greece (Head of Department in 2020-2022), and Adjunct Professor in Hellenic Open University.

He has co-authored over 200 publications on the above subjects, published in international journals, book chapters and conference proceedings, which have received over 5000 citations (h-index: 37, i10-index: 96). He is the recipient of 3 best paper / young researcher awards for articles published in proceedings of international conferences.  He has also co-authored three books (written in the Greek language) covering the thematic areas of wireless networks, distributed systems and mobile technologies, respectively. He has been ranked among the 100.000 top scientists across all fields - top 2% in the field “Networking & Telecommunications”, based on his career-long research performance according to a recent survey of Stanford University (2022).

He serves as editorial board member of Personal and Ubiquitous Computing (Springer), Information Technology & Tourism (Springer) and Sensors (MDPI), while he has served in the boards of Journal of Network and Computer Applications (Elsevier) and mobile User Experience (Springer) in the past. He has co-chaired ACM MobileHCI’2023, IEEE WiMob 2020 as well as three international workshops (MobiSensor'2010, MobiSensor'2011 and ISUT (2017-2018). He has also served as TPC member in numerous (> 100) leading conferences and guest-editor in highly ranked journals in the fields of mobile and wireless communications.