The most recent survey on the professional status of DPSDE graduates was conducted in March and April 2015 among 340 graduates (253 answers, 74.4%). Regarding the general picture of the graduates absorption in the Labor Market, it was observed that: 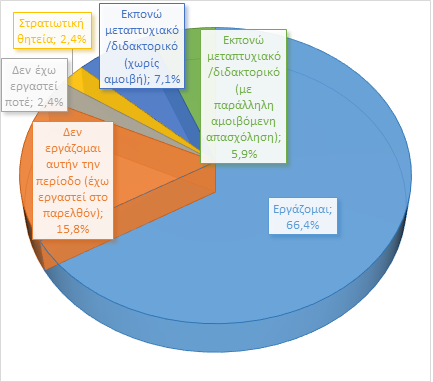 For the total number of employed graduates (professionally employed and/or continuing their studies, a total of 190 answers): 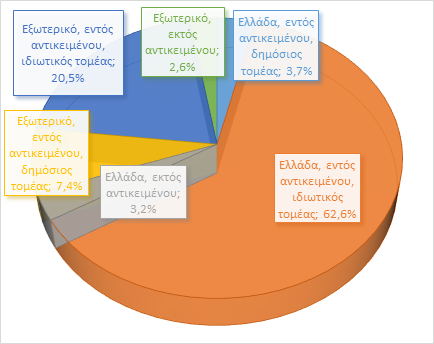 Regarding the subject of employment of graduates, as defined by its three (3) study streams, we observe: 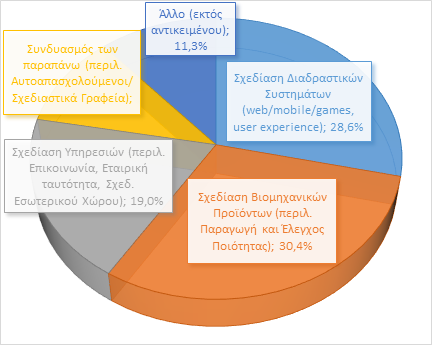 From the above some interesting conclusions can be drawn. To begin with, despite the economic crisis the country is experiencing, DPSDE graduates appear to have a significant absorption in the market. The overwhelming majority of graduates work in the private sector, which, despite being hit hardest by the crisis, continues to absorb graduates. The proportion of workers in Greece and abroad is 7 to 3, which means that the vast majority remain in Greece at a time when young people in the country are massively migrating abroad. Finally, the majority of DPSDE graduates work on their chosen subject (88.7%), which is very important for creating and maintaining a community of professional designers and design engineers.

To view the survey data in more detail, download the following file (in Greek): Graduate Absorption (2015)